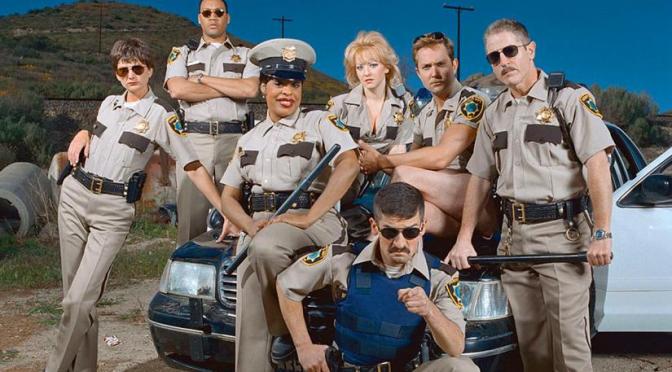 Quibi continues to announce a slew of shows for its upcoming streaming service. The latest announcement is the return of Reno 911! for a seventh season.

Thomas Lennon, Robert Ben Garant, and Kerri Kenney-Silver are all on board to write and star, with more casting announcements forthcoming. Reno 911! originally became a hit on Comedy Central, running for six seasons and even releasing a movie, Reno 911! : Miami in 2007. Quibi is a mobile streaming service launching April 2020 with all content made to view on phones and consisting of episodes 10 minutes or less.

As a big fan of Reno 911! this was the first Quibi announcement that really caught my attention. I’m still skeptical of the demand or audience for a service only available on mobile devices. The company has secured a lot of talent to make shows for them, but I’m dubious if there is an audience eager to pay for original material on their phones, when so much can be done and viewed for free. Having said that, I believe the short form content is a good match with the format of Reno 911!.