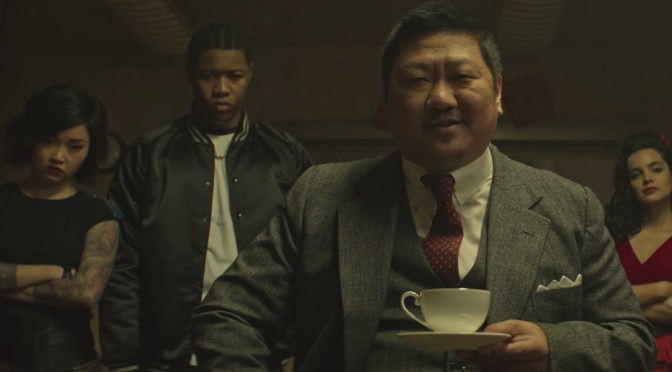 Syfy continues to outline its programming for the new year. The cable channel has revealed the return date of The Magicians and now has announced when Deadly Class will premiere.

Adapted from the Image comic of the same name, Deadly Class is set amid the backdrop of the 80’s Regan era which is used to good effect in the latest teaser.  Saying no to drugs is hardly a concern for lead character Marcus Lopez when adjusting to his new school.

A school that happens to be filled with trained killers, is no place for the weak, and survival is extra credit.  A school where the student body is composed of highly skilled assassins or “creative problem-solvers” to put it nicely.

If any of that signs like something you want to enroll in, check out the teaser below and look for Deadly Class when it premieres on Syfy January 16.